The past quarter century of school reform has been marked by triumphs, setbacks, and heated debate. Reformers have continually tried new ideas to transform schooling, from sophisticated technologies to dynamic funding models and everything in between. Many have had limited success, but none have truly revolutionized K–12 education. Given the opportunities and challenges facing the next generation of reformers, what are the lessons, strategies, and advice that can help them succeed?
Join AEI for a candid conversation with a dozen reformers who have seen it all. Celebrating the release of Frederick Hess’ new book, “Letters to a Young Education Reformer” (Harvard Education Press, April 2017), this conversation seeks to brighten the future of school reform by reflecting honestly on its past.
Subscribe to AEI’s YouTube Channel

The use of third-party photos, graphics, video clips, and/or music in this video does not constitute an endorsement from the artists and producers licensing those materials.

AEI operates independently of any political party and does not take institutional positions on any issues. AEI scholars, fellows, and their guests frequently take positions on policy and other issues. When they do, they speak for themselves and not for AEI or its trustees or other scholars or employees.

FOX News Channel (FNC) is a 24-hour all-encompassing news service delivering breaking news as well as political and business news. The number one network in cable, FNC has been the most-watched television news channel for 18 consecutive years. According to a 2020 Brand Keys Consumer Loyalty Engagement Index report, FOX News is the top brand in the country for morning and evening news coverage. A 2019 Suffolk University poll named FOX News as the most trusted source for television news or commentary, while a 2019 Brand Keys Emotion Engagement Analysis survey found that FOX News was the most trusted cable news brand. A 2017 Gallup/Knight Foundation survey also found that among Americans who could name an objective news source, FOX News was the top-cited outlet. Owned by FOX Corporation, FNC is available in nearly 90 million homes and dominates the cable news landscape, routinely notching the top ten programs in the genre.

Derrell Bradford of 50CAN points out that, while education reform in the past has done some great things for many students in America, there is a definite need to evolve. That evolution involves maintaining the positive aspects of the education system and overcoming the negative.

This video is supported by yes. every kid., an initiative that aims to rethink education from the ground up by connecting innovators in a shared mission to conquer “one size fits all” education reform.
———————————————————————————-
DERRELL BRADFORD

Derrell is the executive vice president of 50CAN where he advocates to improve educational opportunities and options for families across the country. Derrell also recruits and trains local leaders across the 50CAN network and leads the network’s National Voices fellowship; a seminar focused on education policy, political collaboration, and media.
———————————————————————————-
TRANSCRIPT:

DERRELL BRADFORD: There are lots of times when I go out and I talk to people, and I have a little game I play I’ll say, “Who in here has more than one kid?” And then somebody will raise their hand and I’ll say, “I bet sometimes you look at one of your kids and you’re like this one is mine and other times you look at the other one and you say I don’t know where you came from.” Those kids breathe the same air, they eat the same food, they live in the same house, they have the same parents, guardians, they have wildly similar experiences, but the demands of their individual learning can be night and day. And the way that we’ve organized our current education system is not one that is meant to be dynamic enough to meet those needs. And it was also built for a less distracting time, and our kids today they grow up in the most distracting time in the history of history. So, it is our belief as an organization, as people who work on these issues and are trying to, again, build toward more dynamism, that personalization or the closer the education is to the child in terms of proximity and in terms of specialization are ways to optimize what we should be doing in the system or systems of the future. And as a society, look, at different times we prize different things. In the early part of the 20th century, we had the fewest number of high school graduates in the world and then we had the most because there was a point where as a country we decided to prioritize high school graduation and it was a massive lift and we did lots of things to make that possible like tracking, like comprehensive high schools, which like bells and whistles like sorting and AP and all these other things that we’ve kind of come to know, which were meant to do something else, which was like sort people who were going to go to college and then translate everybody else into a workforce that doesn’t really exist anymore, so those things were the best things we had then. I think our country, our kids, our families they want something different now and we’d like to help them build that.

If you’re old like me, and if you’re younger than me but older than everybody else, like a lot of the senior staff, you have a longer view on how to get things done than lots of people do in the current political moment. And if you work on education policy you can remember that the set of ideas that are most well known, assessments and measuring progress, like reforming the way teachers are trained and paid, charter schools and choice all these other things, they started in the Clinton administration and then they were organized in a more tangible way through a partnership with George W. Bush and Ted Kennedy and that became No Child Left Behind. And then they were sort of gassed up in the Obama administration and we’ll call that the Obama Duncan Consensus. And in all of these phases you had Democrats and Republicans, for wildly different reasons, like urban Democrats who were deeply concerned about under-performance for kids of color in cities primarily and a lack of choice in those places, lots of conservatives and free-market Republicans who believe in competition and choice and who are anti-monopolist working together to build the framework that gave us the improvements of the last 20/25 years, particularly in urban education, but broadly in kind of American education forever.

At 50Can, and for me specifically, we think that’s a feature, not a defect. And we believe, especially as an…

For the full transcript, check out: https://bigthink.com/yes-every-kid/education-reform 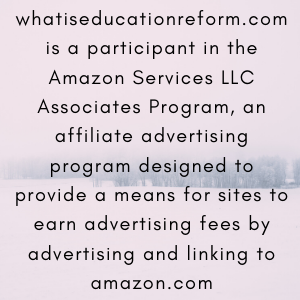